Hard Rock Cafe International (USA), Inc. and its affiliates (“HRI” or “Hard Rock” or “Company”) are committed to conducting business with honesty and integrity, driving out acts of modern day slavery and human trafficking within its business. HRI strongly believes in treating all people with dignity and respect and in complying with applicable laws, regulations and treaties. With venues in 74 countries, including 178 cafes, 24 hotels and 10 casinos, HRI is one of the most globally recognized companies. Hard Rock owns the world's greatest collection of music memorabilia, which is displayed at its locations around the globe. Hard Rock is also known for its collectible fashion and music-related merchandise, Hard Rock Live performance venues and an award-winning website. HRI owns the trademark globally for all Hard Rock brands. The Company owns, operates and franchises Cafes in iconic cities including London, New York, San Francisco, Sydney and Dubai. HRI also owns, licenses and/or manages hotel/casino properties worldwide. Destinations include the company’s two most successful Hotel and Casino properties in Tampa and Hollywood, Fl., both owned and operated by HRI parent company The Seminole Tribe of Florida, as well as other exciting locations including Bali, Chicago, Cancun, Ibiza, Las Vegas, and San Diego. Upcoming new Hard Rock Cafe locations include Phnom Penh, Cairo, Cape Town and Chengdu. New Hard Rock hotel, casino or hotel-casino projects include Atlanta, Atlantic City, Berlin, Budapest, London, Los Cabos, Maldives, New York City, Davos, Ottawa, Dalian and Haikou in China. Our supply chains are global sourcing products from over 200 suppliers in 30 countries.

Hard Rock is committed to protecting and promoting human rights globally. The Company does not tolerate forced labor, including prison labor, or any use of force or other forms of coercion, fraud, deception, abuse of power or other means to achieve control over another person for the purpose of exploitation.

As part of the due diligence processes into any supplier approval process will incorporate a review of the controls undertaken by the supplier to prevent slavery and human trafficking.

The Company’s Directors and senior management shall take responsibility for implementing this statement and its objectives and shall provide adequate resources (training, personnel hours) and investment to ensure that slavery and human trafficking is not taking place within the organization and within its supply chains.

We are committed to raising awareness of Modern Slavery and Human Rights by ongoing employee and supplier engagement and collaboration. A full copy of this policy and a copy of the Modern Slavery Act 2015 will be accessible to all employees and suppliers electronically and can be obtained from the Company’s Human Resource department upon request.

Formal procedures concerning slavery and human trafficking have been established, including disciplinary procedures where they are breached. Additional procedures ensure that this policy is understood and communicated to all levels of the Company, and that it is regularly reviewed by the Directors to ensure its continuing suitability and relevance to the Company’s activities.

This statement will be reviewed annually and published. 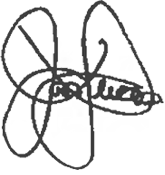